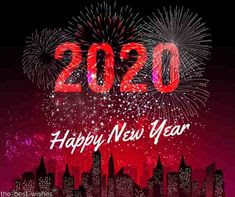 So here it is - the beginning of t he Roaring Twenties! I have to confess I didn't stay up to watch it in - I was in bed and asleep when the hands of the clock turned to midnight, though I was woken up by the sound of fireworks before turning over and going back to sleep. Once I would never have dreamed of missing that magic moment. Even in recent years when the partying days were over, I would have been able to look out from my bedroom window in Bristol Road, Radstock, over the whole valley, and watch the sky light up for miles around. Here, I can see nothing but trees and the occasional distant flash above them. Times change - but memories remain. And what memories!

When Terry, my late husband, was still a serving police officer he was, of course, usually on duty - New Year's Eve is always one of the busiest nights of the year for the police, as well as the other emergency services. But after his retirement we hosted a big party almost every year. I'd spend hours making buffet food, the bubbly would be chilling in the fridge and the glasses set out on the kitchen table, we'd light the fire and loads of candles, and sort out the CDs that would make the party swing. Then I'd glam up - those were the days! - and await the arrival of our guests, always at least fifteen and sometimes more. There would be lots of chatter and jokes, maybe a game or two, and some of us would dance. Then, as the time approached, we'd all gather in front of the television, glass in hand, waiting for the moment to drink to the new year. There would be the inevitable 'Auld Lang Syne' and hugs and kisses all round. Later, glasses replenished, we'd sit in a big circle for more talk and jokes. When the last guest left Terry and I would do a certain amount of clearing up and the rest would be left till next morning.


As I mentioned before, whilst still in the police force, Terry was often working over New Year, but two of my most special memories were made on such occasions. Before moving to Radstock, we lived on a large estate on the outskirts of Midsomer Norton. One of my drama friends lived just up the road, and that year he was hosting the New Year's celebrations. I couldn't attend - I had two small children and no baby-sitter, so saw in the New Year alone. Just after midnight there was a knock on the back door, and I opened it to find a group of my friends, including Doug, the host bringing me a lump of coal and some mulled wine. So I was not alone any more! On other occasions we and the neighbours would go out into our gardens and bang saucepan lids - this was in the days before fireworks became the thing.
Another memorable New Year came when my daughters were grown up enough to go out for their own celebrations with friends. I was alone as midnight approached and thought I would be seeing the New Year in alone again, but at ten or five to twelve a car zoomed up our drive and past the kitchen window - we had moved to Radsteock by now. It was the green Saab Terri, my elder daughter, had taken over when she passed her driving test at 17 - she and Suzie had left their friends and come home to mark the magic moment with me! I was so thrilled - and touched - that I think they made it my happiest New Year ever.

So - here it is. Another year gone, a new one just begun. And I hope it will be a happy, healthy and prosperous one for all of you, my lovely readers. And for me too ... And my New Year's resolution is to write my blog more regularly. I wonder how long that will last ..?
Posted by Rich Spence at 02:52